Well, friends, blog posts have been a bit thin on the ground here recently–but that doesn’t mean that exciting things haven’t been going on behind the scenes, or that I haven’t got some great stuff lined up for you going forward! Here’s a little recap/preview.

1) Writing: Hey, remember that post I wrote back in September about how I sped up my drafting process by 96%? (If you remember any post on this blog, it’s probably that one, by far my most popular post ever.)

Well, what comes after drafting is lots and lots of revising–which, in the case of my sequel to All Four Stars, involved writing a new 20-page insert to help round out the ending, cutting 8,000 words overall, and loads of other tweaks. But I am pleased to say that I finally turned that manuscript in to my editor last week, and I’m feeling pretty good about it! And I also need to say that this book would be nowhere without the insight of my incredible critique partners Ann Bedichek, Jenny Goebel, Jessica Lawson, and Lauren Sabel. Thank you, thank you, THANK YOU.

2) Reading: I have also been busy reading advance copies of lots of 2014 releases, and people out there are starting to read mine! Thank you so much to those folks who’ve taken the time to leave reviews and ratings on Goodreads for All Four Stars and who have been sharing their ARCs with me. I have truly enjoyed every single ARC I’ve read so far, but have to give particular shout-outs to When Audrey Met Alice by Rebecca Behrens (February ’14) and The Only Thing Worse Than Witches by Lauren Magaziner (August, ’14) in middle grade, and Strange Sweet Song by Adi Rule (March ’14) in YA. Buckle your seat belts for these releases, folks–they are incredible!

3) Eating: I spent the long Thanksgiving weekend with family in the Washington, D.C. area, during which time we deep-fried a turkey… 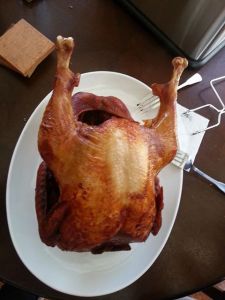 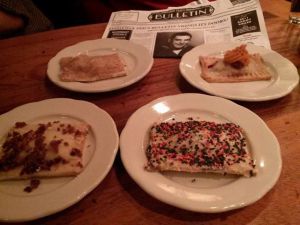 Yes, both of those things tasted just as amazing as they sound.

Later (or, in other words, coming soon–like, as soon as tomorrow!):

1) Interviews: I am really excited to be interviewing Aiken Avery, author of the fantastic literary/dark humor/round-the-world travel novel The Disaster Tourist, one of my top reads of 2013. That post goes up tomorrow, so please come back for it!

I’ve also got my next Foodie Kidlit Friday interview lined up–the lovely Lisa Graff will be talking about all of those scrumptious cakes Cady bakes in her 2013 National Book Award-longlisted novel A Tangle of Knots. Hooray! That should be up next Friday.

And next Tuesday, Colorado is for Writers returns featuring middle-grade author Claudia MIlls!

2) Recipes: Starting in the new year, I’ll be sharing recipes for some of the delectable dishes that Gladys cooks and reviews in All Four Stars. I’ve been developing these for a while, and am so excited to finally share them with the world! 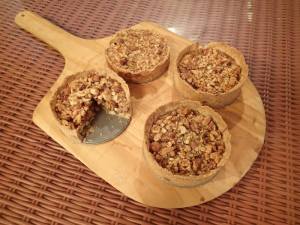 So, stuff. It’s been happening. It will continue to happen. Stick around. 🙂

Here are a few things I love about fall:

Oops, those were all food. Well, I also like the pretty leaf colors and that it’s getting chilly enough to wear jeans and hoodies again. And the fact that fall leads up to Thanksgiving, my birthday, Hanukkah/Christmas, snow, and finally, when it’s cold enough, adult footie pajamas!:)

Fall is the one season I have yet to experience in Colorado, but I have high hopes. It felt like summer lasted about nine months this year, and honestly, by the end of August, I was really over it. In fact, I started drinking hot chocolate about three weeks ago, even though I had to sit directly in front of my fan while I was doing it. But now fall is legitimately here, and the weather even seems to be cooperating and dropping by a degree or two each day.

So, what else have I been doing, other than not updating this blog much? Well, I received my editorial letter a couple of weeks ago, and since then have been hard at work trying to make Gladys Gatsby more awesome. Mostly this has involved shaking up the story’s timeline and adding bunches of new scenes that delve more into the personalities of secondary characters. It’s a lot of work, but it’s also undeniably fun to dig even deeper into the world I’ve created. I know my characters well enough at this point that I can stick them into just about any sort of situation and understand how they’d react; I guess that’s a perk of working on the same story for 5+ years. 🙂

It also helps to have an assistant to keep your manuscript pages warm when you’re not working on them. Or even sometimes when you are. 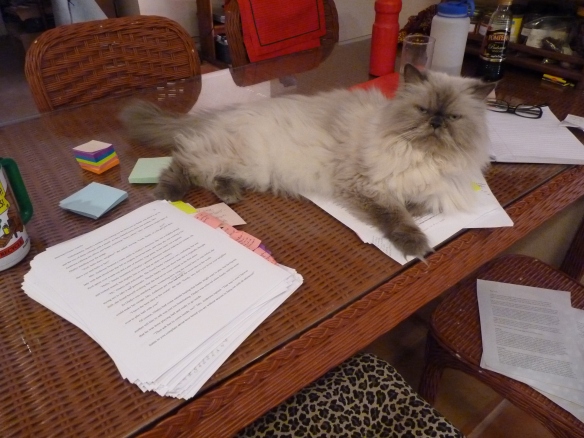 I’ve also been blogging over at EMU’s Debuts, helping to launch several of my Erin Murphy Literary Agency co-clients’ books into the world! For Jeanne Ryan’s debut, Nerve, we all taped kidlit-related video dares, and mine apparently scored me a few fans for life (yes!) and made a few other people sick to their stomachs (oops). In case you missed it and enjoy watching people read with their mouths full, here it is: 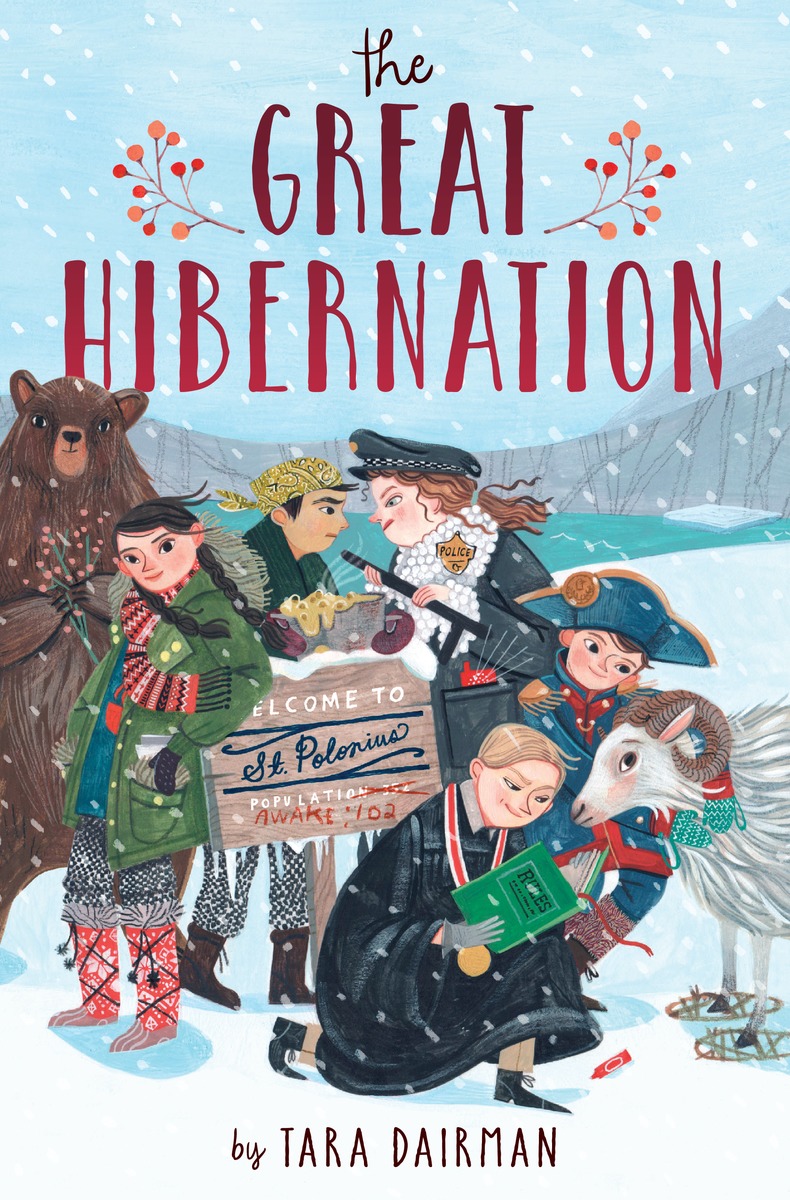 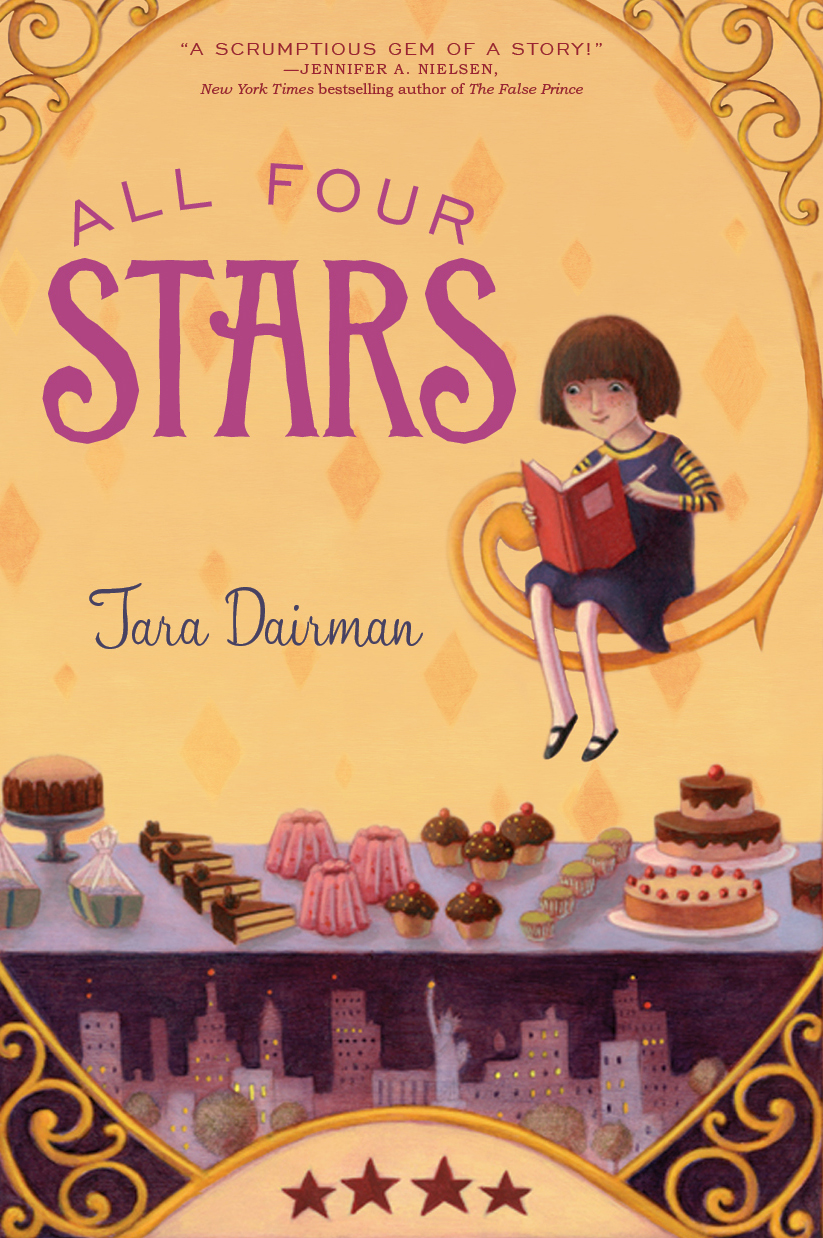 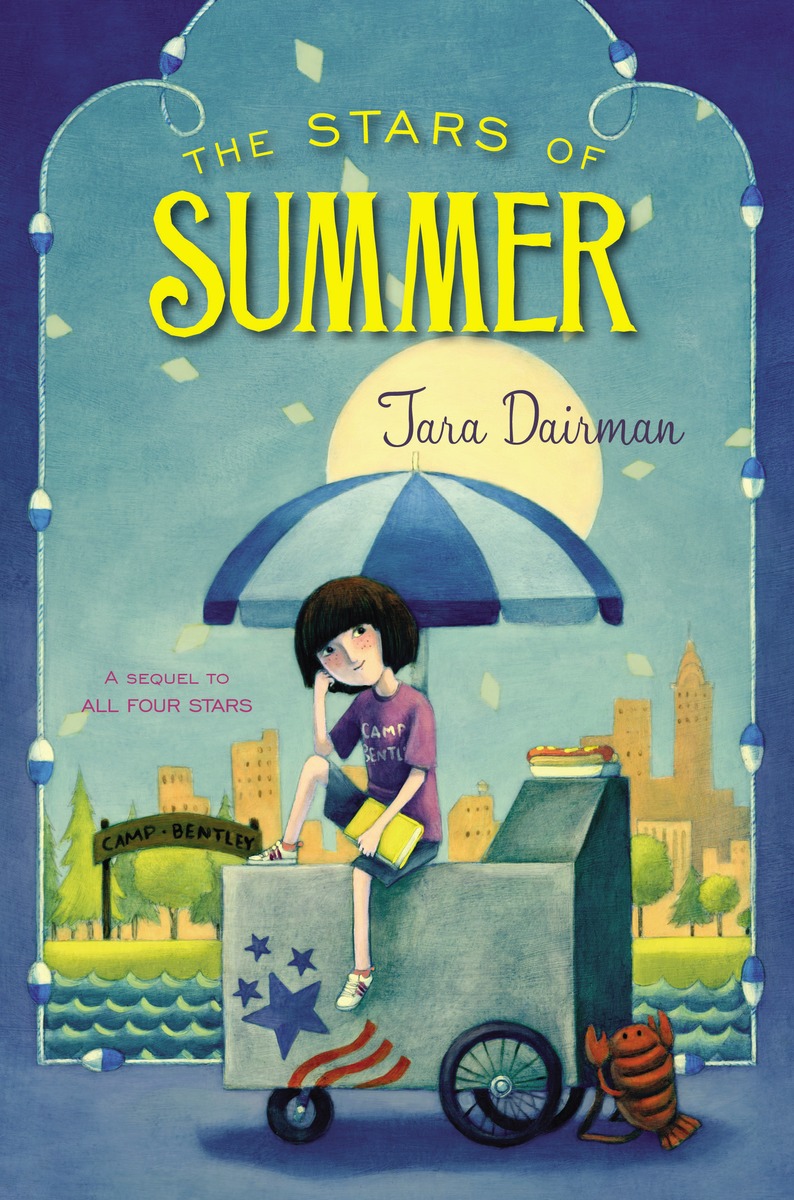 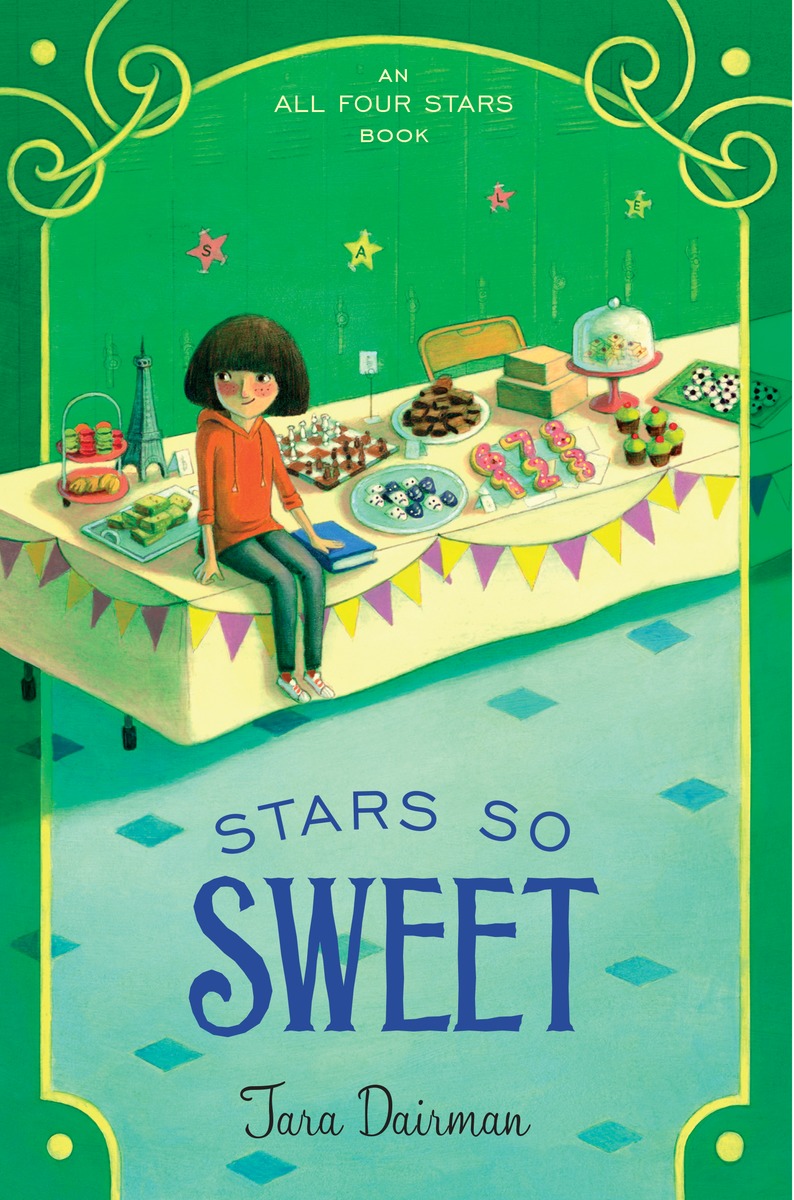